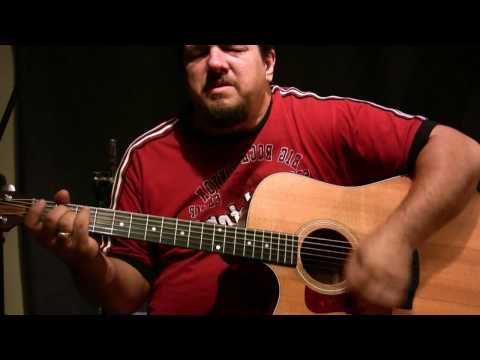 Guitar is an amazing form of expression. Not only is it a fun and energetic instrument, but it is also a great hobby. The only downside is that a lot of people have a hard time starting, as they aren’t yet sure what to learn or what to focus on. Luckily, if you goal is playing Christian guitar songs, we’ve got you covered.

In this article, we are going to go over the most common Christian guitar chords used in popular Christian music.

It is important that once you learn each shape, you practice it daily. Practicing the chord shapes will help you to build up the proper strength, which will in turn make switching chords easy, and will also help make learning new chords easy as well.

The First Chord At The Bat Is The G Major Chord

This is one of the most popular chords not only in Christian music, but in all of music as a whole. The reason for this is because this chord sounds powerful and uplifting as it employs all six strings for a full bodied feel. To play the G Major chord, start off by placing your middle finger on the third fret of your low E string.

This will give you the note G. Next, put your forefinger on the second fret of you’re a string for the note B. Play your D, G, and B strings all as open notes, and then fret your high E sting on the third fret for the note G.

Next Up Is The A Major Guitar Chord

While major in properties, some musicians tend to think of this chord as a bit minor sounding in property, as it doesn’t have that full bodied feel of chords such as the G Major. To play the A Major chord, start off by playing your A string as an open note. Next, fret the second fret of your D string for the note E.

Our Third Christian Guitar Chord Is The C Major Chord

This chord has a bit more of a major sound quality than the A Major, as it sounds noticeably fuller. To play the C Major chord, start off by putting your ring finger on the third fret of you’re a string for the note C. Then, place your middle finger on the second fret of your D string, giving you the note E. Play your G string as an open note, and then fret the first fret of your B string for the note C. Play your high E as an open string.

Our Final Christian Guitar Chord Is The E Major Chord